PB Consult was commissioned to develop a cycling concept for the city of Oberasbach and to accompany the cycling project group as well as to carry out a public participation. Both leisure and everyday cycling and different population groups were to be taken into account. The reason for this was the certification as a bicycle-friendly municipality by the AGFK. The development was carried out in conjunction with the preparation of the ISEK/STEK, which was updated at the same time. 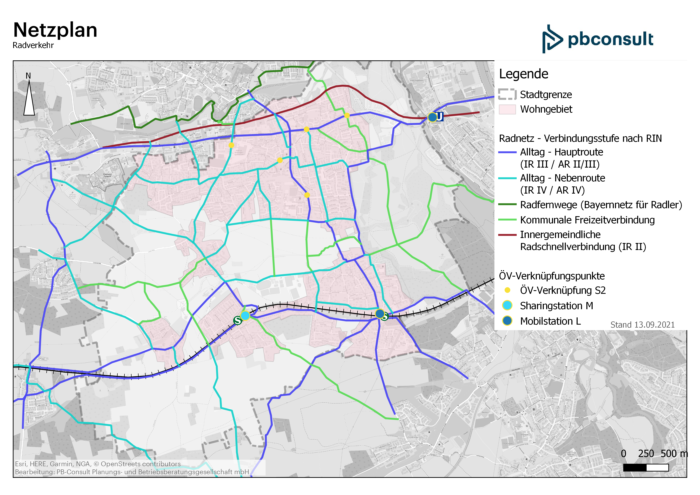 First of all, source and destination points relevant for cycling were identified and connected by a hierarchical aerial network according to the corresponding regulations. This was then mapped onto the existing road network. The existing plans of the city and the cycling concept of the district were taken into account.

The actual state was compared with the defined standards and a concept of measures was developed on this basis. The pre-certification was successfully accompanied by the planning office. The planning was carried out in close coordination with the administration and the project group.